GAIL’s profit PAT of  Rs. 1,026 crore in Q1 FY18 has seen growth of 21% on year-on-year basis (after excluding one-time gains from stake sale in Mahanagar Gas Limited in Q1 FY17 of Rs. 489 crore). This growth has been led by better performance of Gas Transmission & LHC segment, better price realisation in LHC segment & decrease in cost of production and Finance cost.

During the quarter, the Company registered growth in physical performance in LHC Sales, Natural Gas Transmission & LPG Transmission by 16%, 4% & 26% respectively as compared to corresponding period of the previous year. 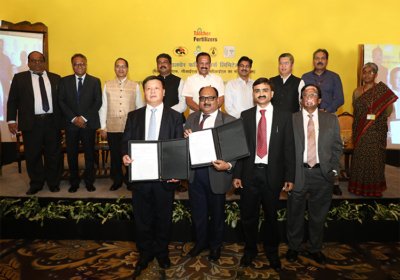