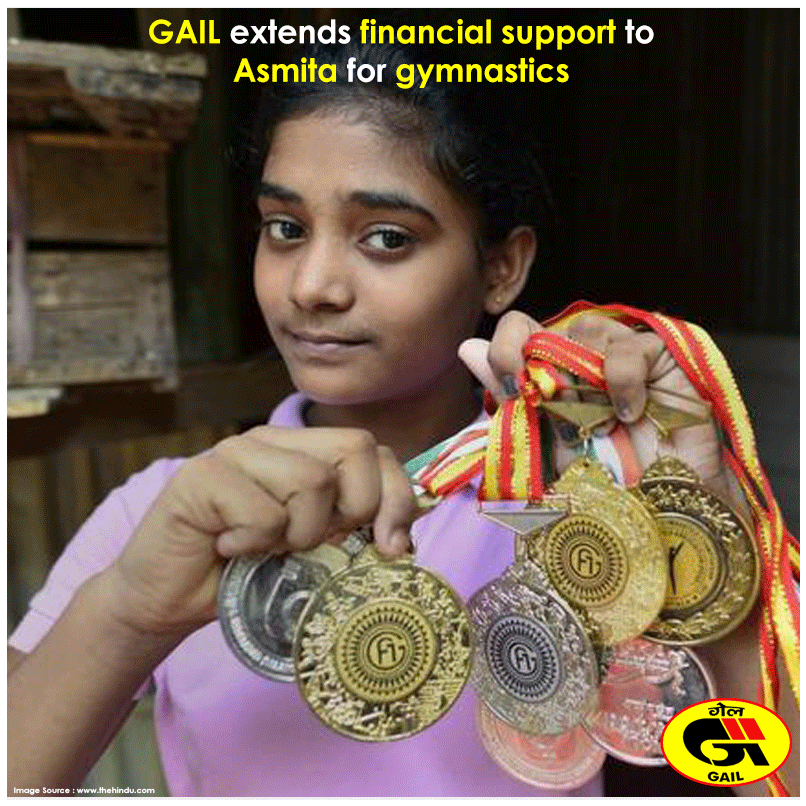 New Delhi, August 29, 2016: As a quick response to the call for financial support to Ashmita, the next promising gymnast from Agartala, Tripura,  GAIL has announced an immediate grant for an amount of Rs. 2,00,000/- and a  monthly scholarship of Rs.20,000 per month for the next two years, to meet her training and nutritional requirements.   GAIL has come forward to support Ashmita’s cause after a leading media channel today reported Ashmita’s story and her journey of grit and glory despite her impoverished background.

Ashmita’s father is a daily wager, her mother a domestic help in Agartala and lives in a crammed dwelling with just four walls and a tin roof. But she defied the odds, fighting her way into the national team, representing India at the World School championships in Turkey.

Ashmita is being billed as the next Dipa Karmakar of India. 15-year-old Ashmita dreams of an Olympic medal much like her hero Dipa.